In order to convert apples into cider, they need to be pressed. But you can't just squeeze whole apples and expect a lot of juice. Unless your apple press is the size and weight of a Chieftain tank, of course. So the apples need to be broken up first.

My original DIY scratter has been improved, and is now in its second revision! The principles are simple; you need a rotating drum with some sort of teeth, a hopper to feed the apples to the drum, and a motor to power it. The whole thing is mounted on a wooden frame which rests between two trestles, with a bucket underneath to catch the pulp. 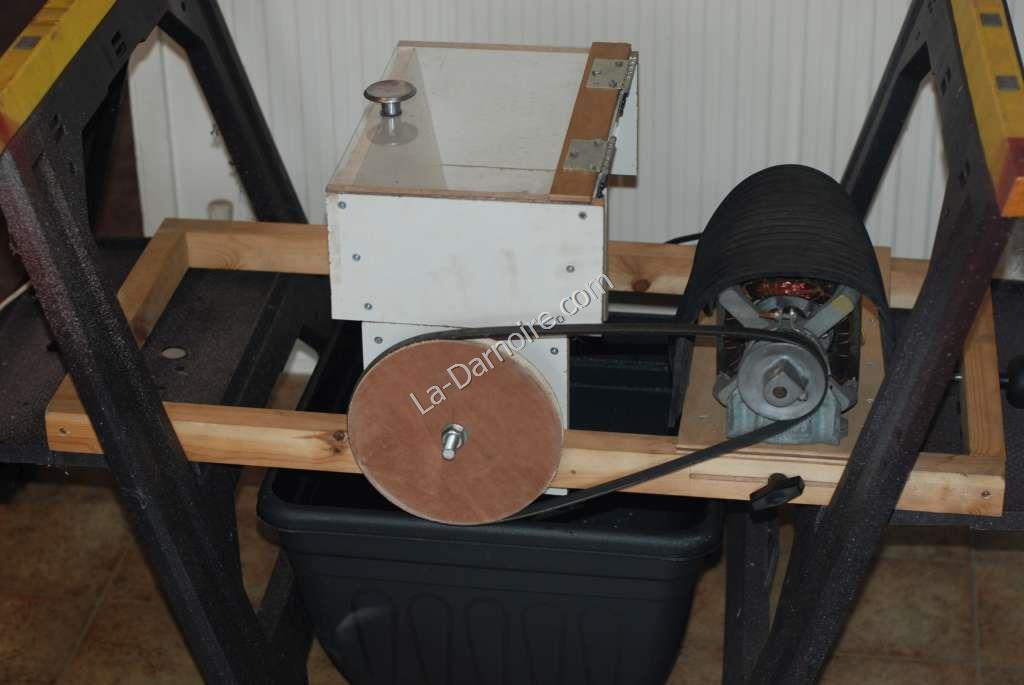 The trickiest part was making the drum. I found a piece of plastic pipe approximately 150mm in diameter and about 30cm in length, cut some appropriately-sized wooden discs using my router, and fitted the discs inside the pipe. Lots of holes were then drilled, and I inserted stainless steel screws in a "V" pattern: 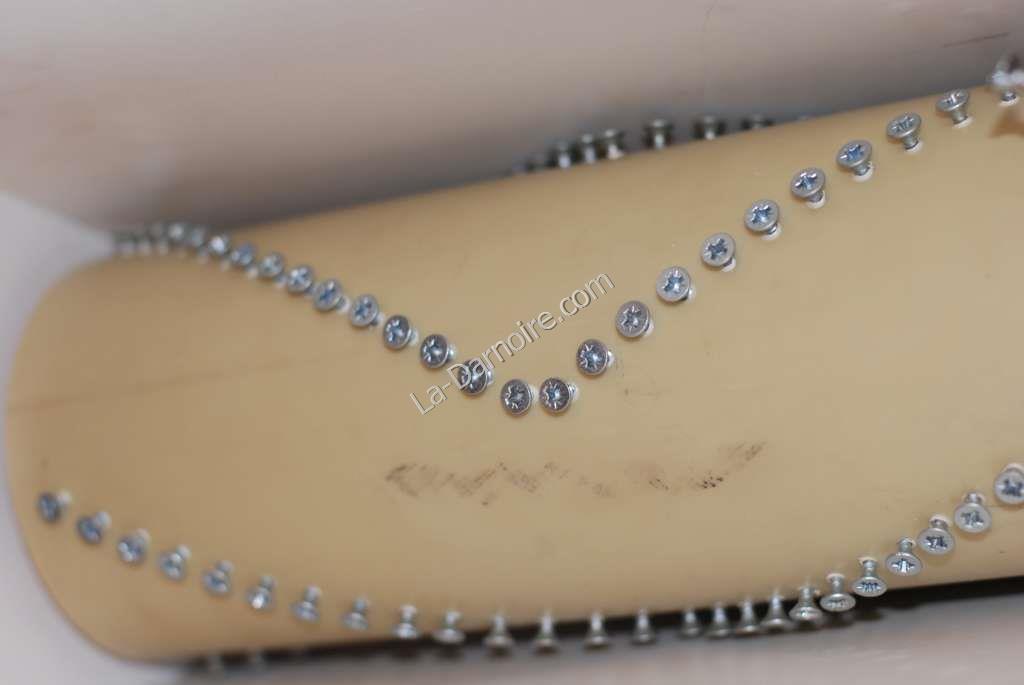 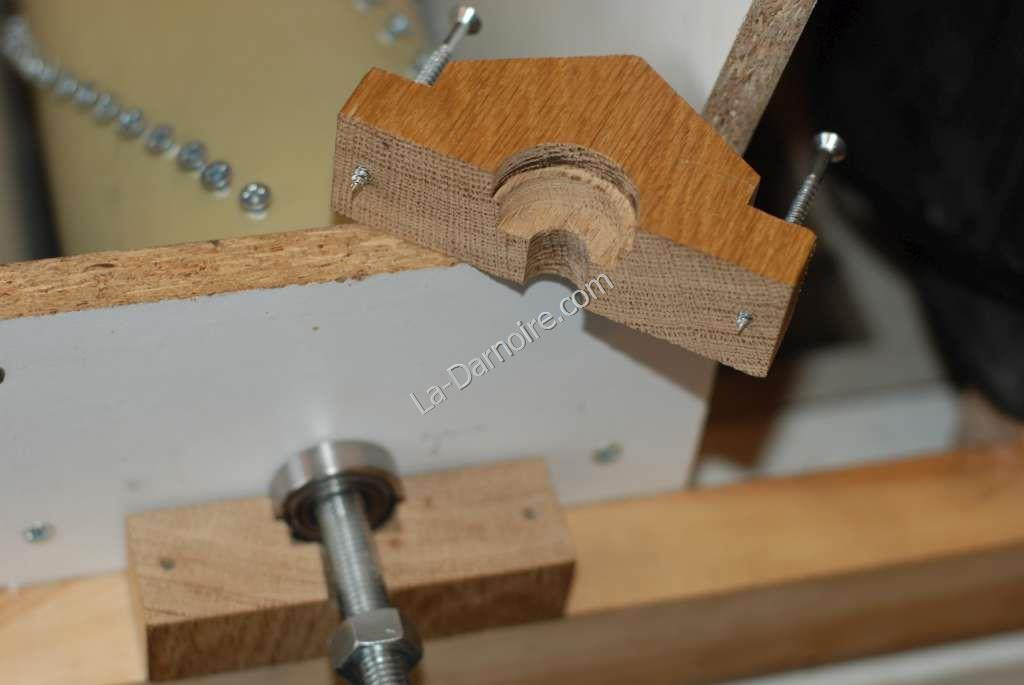 For the pulley, I cut a disc from a section of plywood using the router, and profiled the edge to form a "V" groove. A vehicle fan belt joined the disc to an electric motor from an old washing machine, which already had a "V" pulley attached. The motor was fixed to a piece of plywood, which is able to slide along the main frame. Two slots were routed in the main frame, one on each side, each accomodating a bolt with a plastic wingnut. These clamp the motor base in place. Another length of threaded rod terminating in a plastic knob is used on the end of the frame to tighten or loosen the fan belt. I also covered the motor with a sheet of rubber cut from an old car mat, in order to protect it from apple juice. 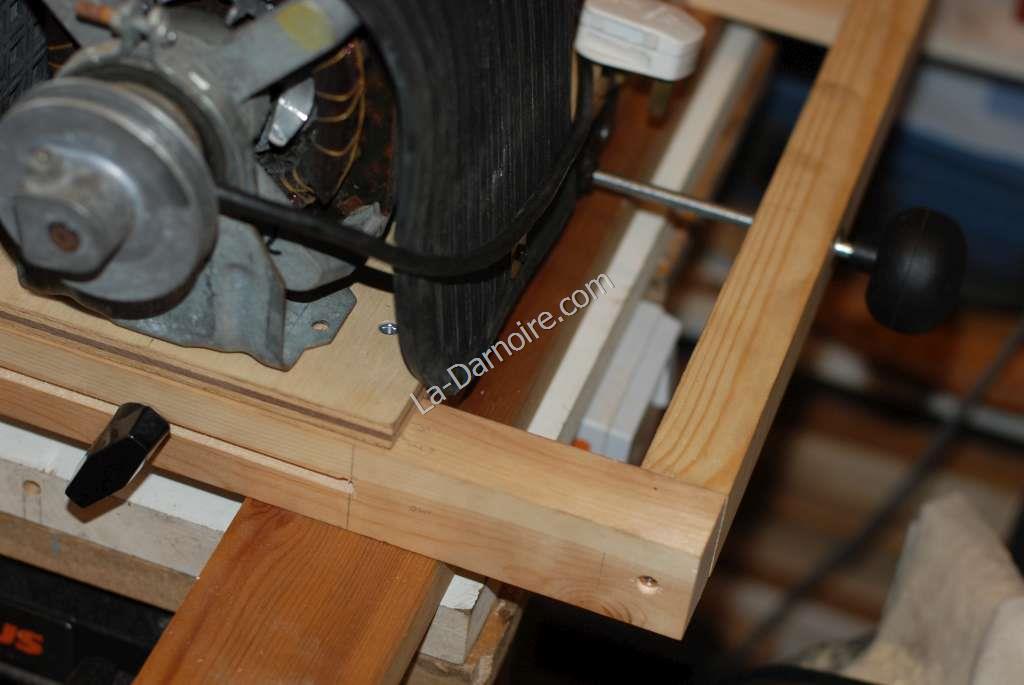 The hopper was formed from some scrap pieces of melamine-faced chipboard, and I fixed a piece of clear acrylic to the top with two hinges: 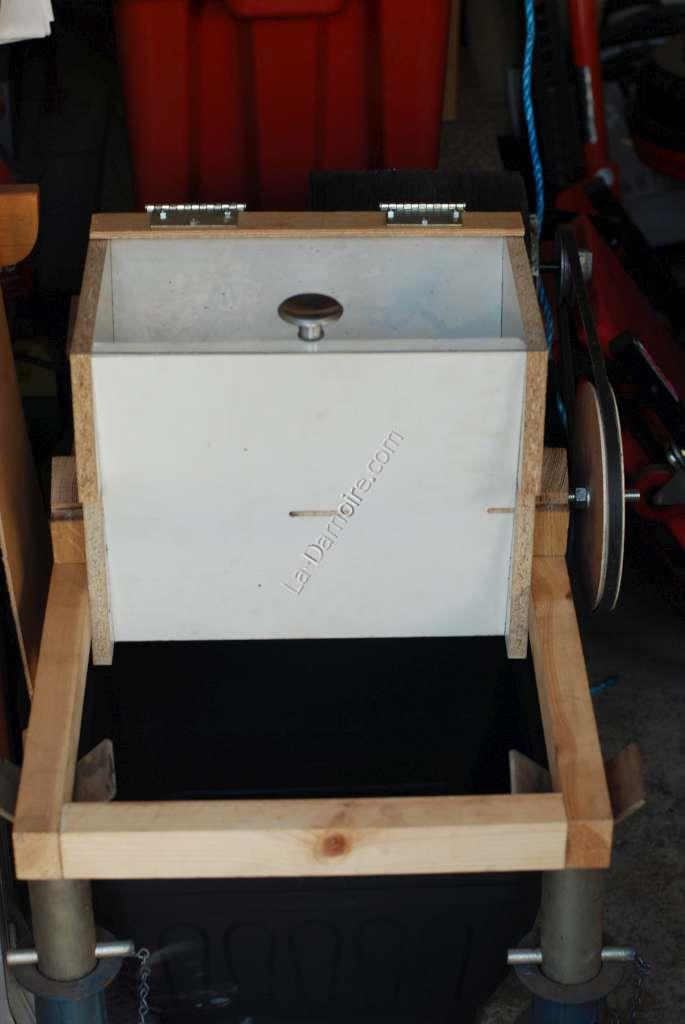 Here are some photos of the scratter (Version One) in action. Firstly the hopper with apples: 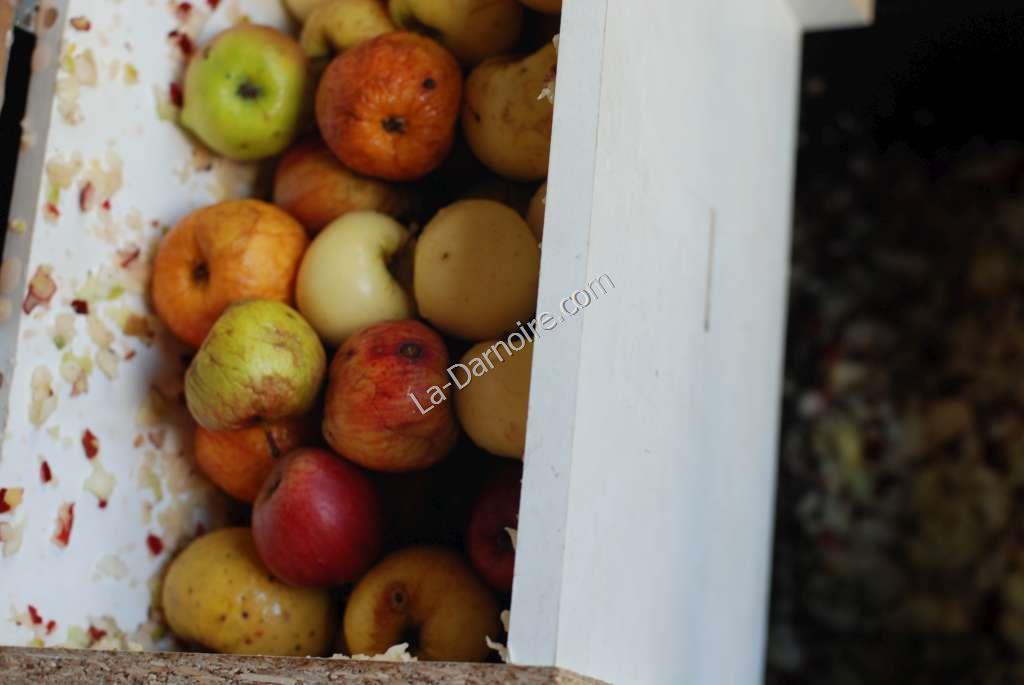 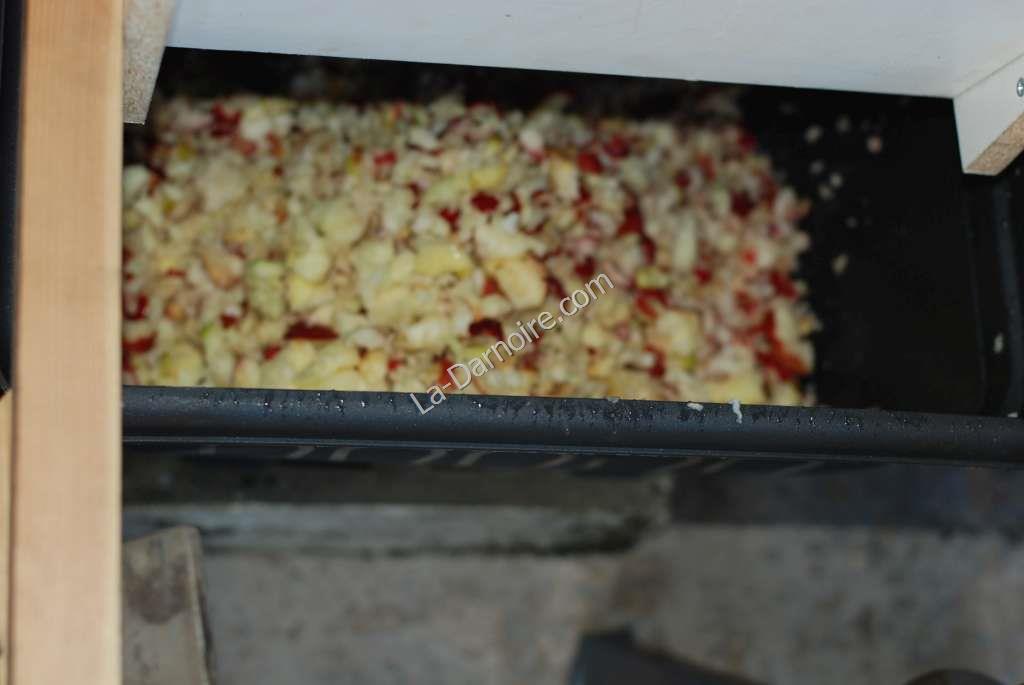 ...and an action shot showing my wife holding down the lid of the scratter (otherwise bits of apple tended to fly everywhere). If you look closely in the foreground you can see a wisp of smoke from the oak pillow block bearing which has also turned grey from the heat caused by friction: 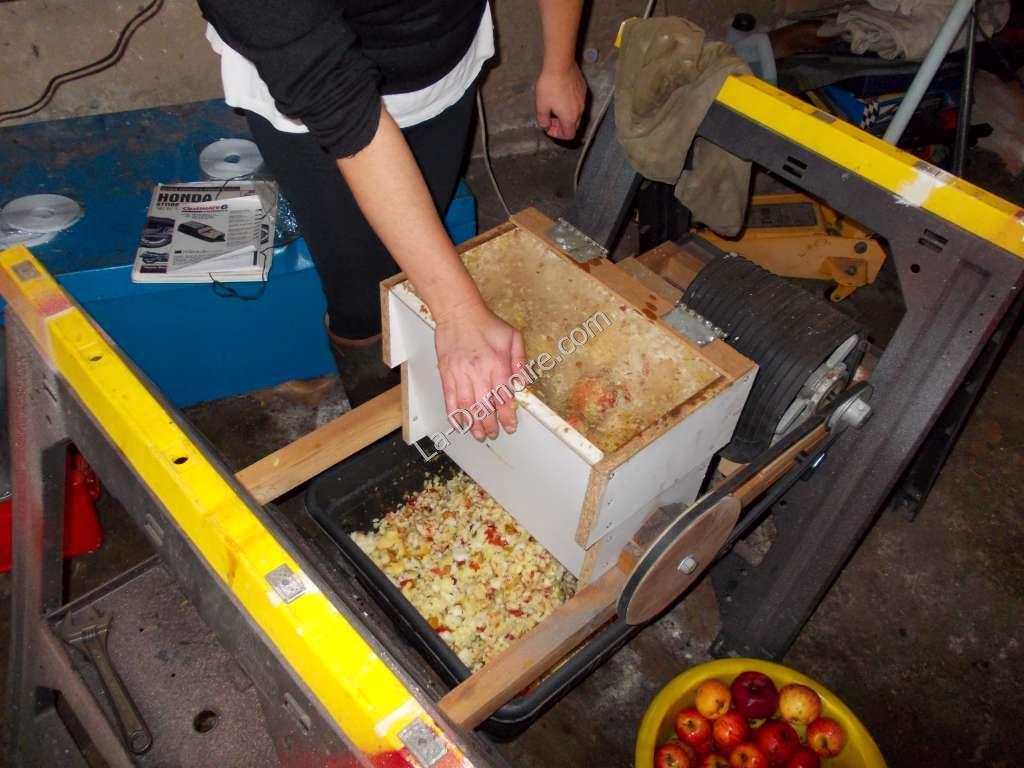 Some improvements were needed. First of all, I obtained a proper length of steel to form the axle, and bought two pillow block bearings from Ebay. The wooden pulley was also replaced with a spoked wheel taken from an old pram. 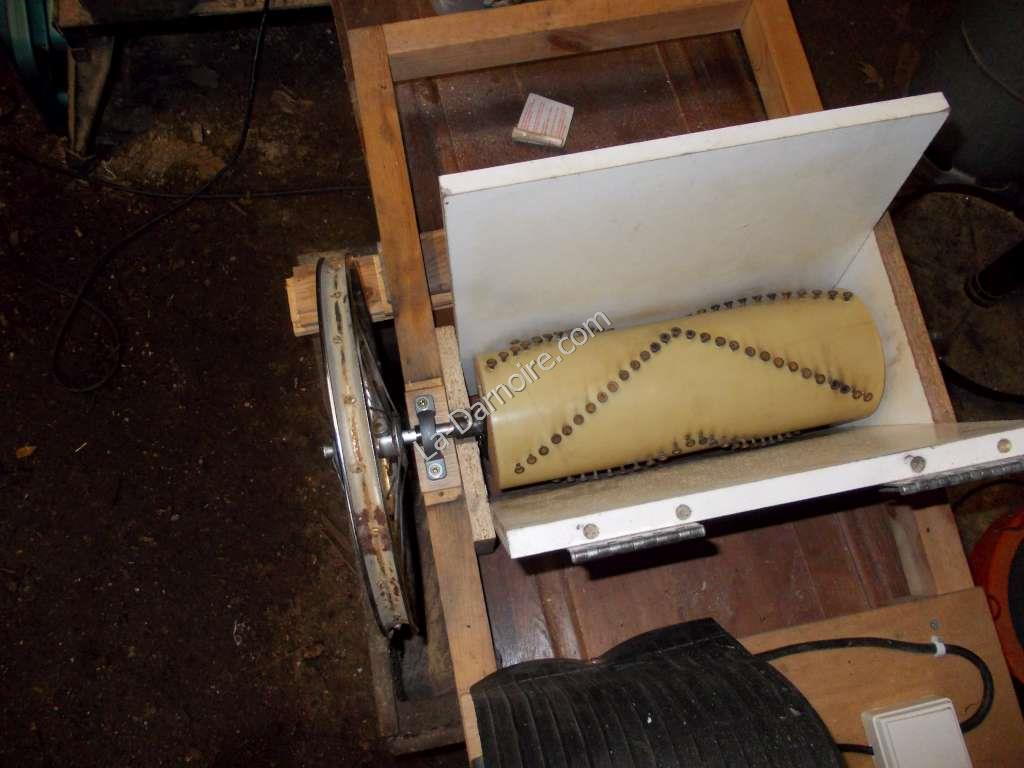 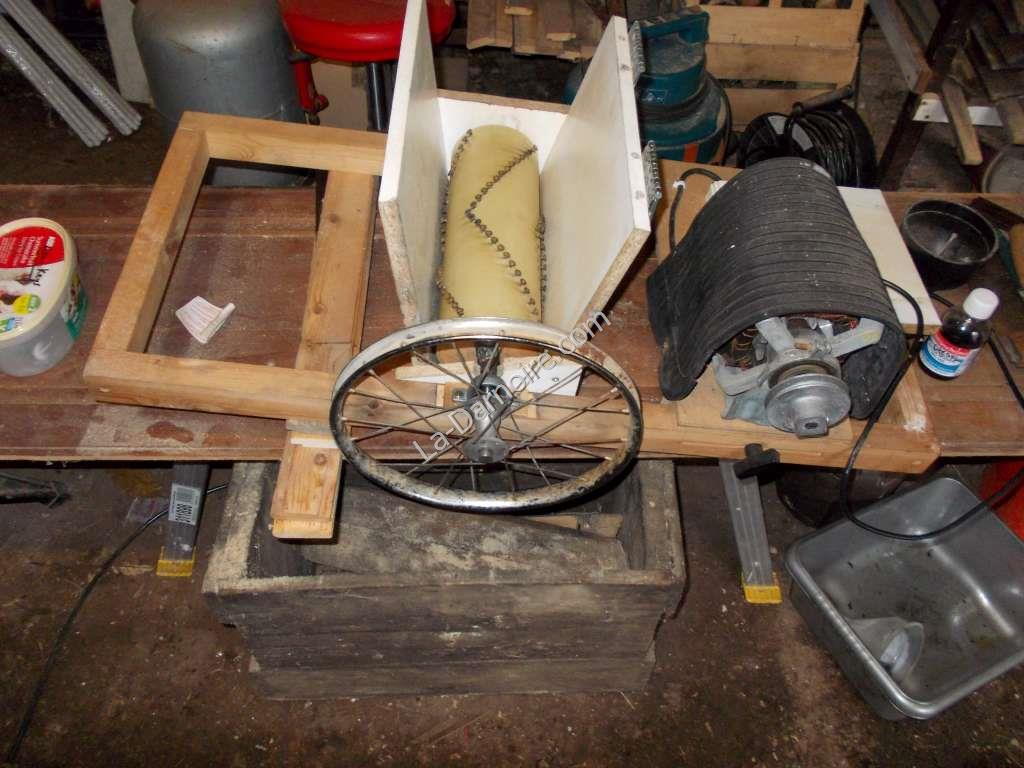 This time I also added an electrical on/off switch in a convenient location. The previous version was simply switched off by unplugging it from the wall! 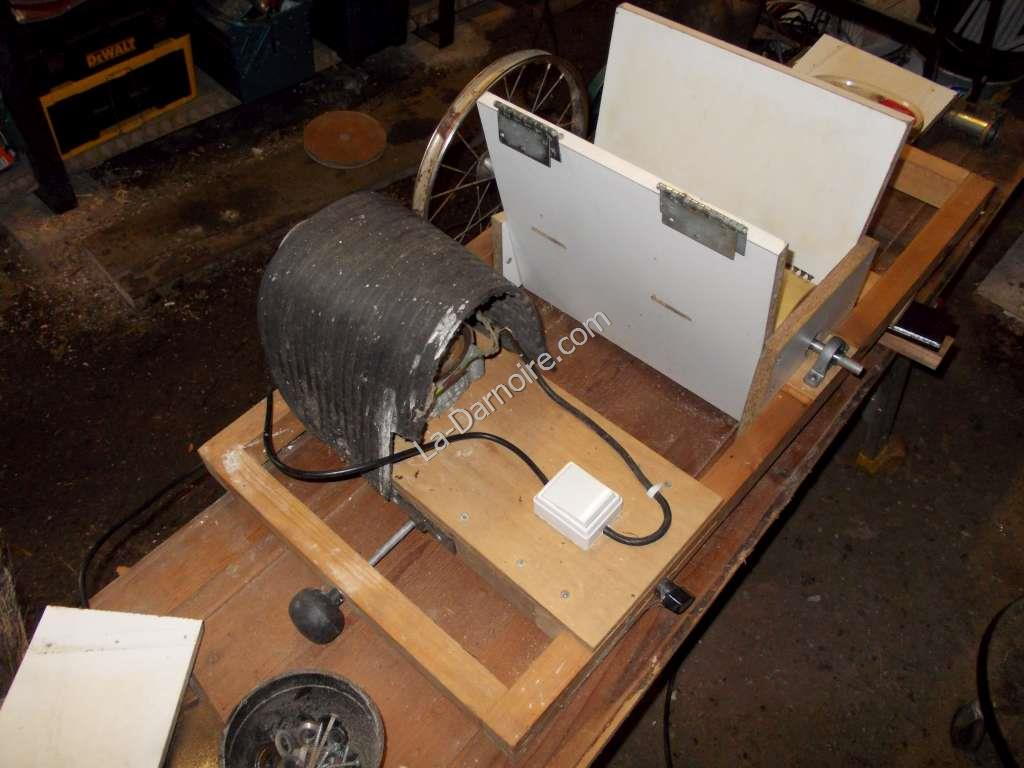 A new lid was added; the previous one had been broken during the move from the UK. By the way, if you don't have a right-angled screwdriver like the one shown in the photo, it is an exceedingly useful tool for dealing with screws in confined spaces (the hinge screws next to the motor, for example!) The screwdriver is not that expensive. 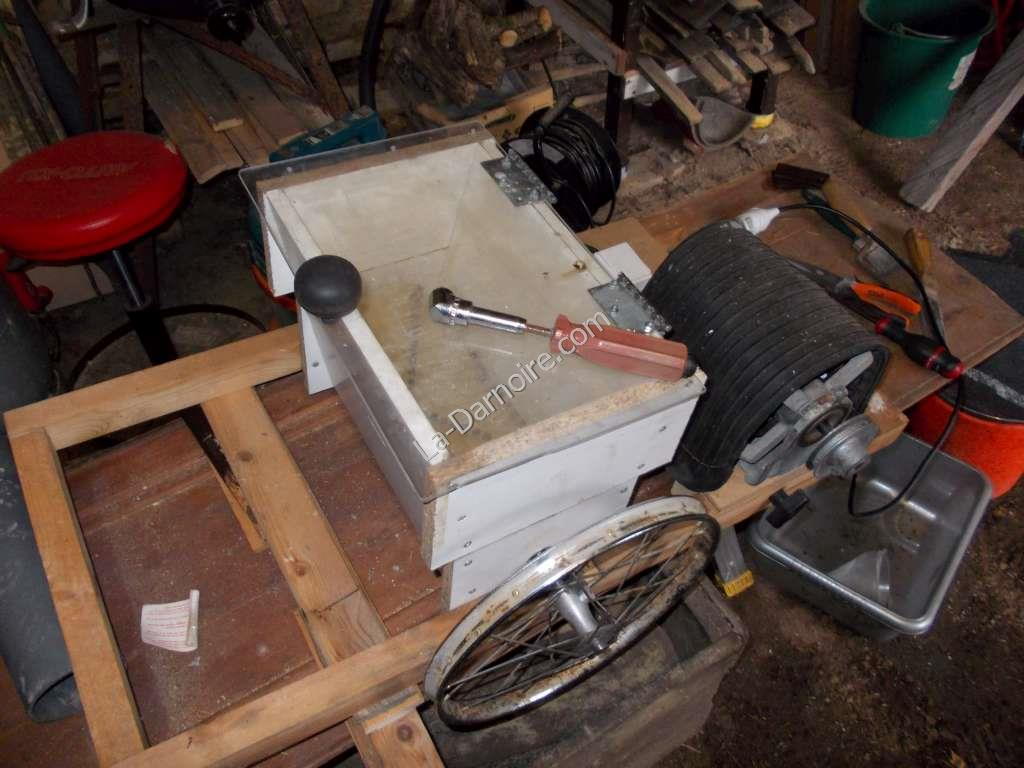 A closer view of the self-centering pillow block bearing. The pram wheel has a neat mechanism for attaching it to the axle; the spring-loaded button in the hub is attached to a steel rod which fits into a shallow hole in the axle. To remove, simply lift the button. 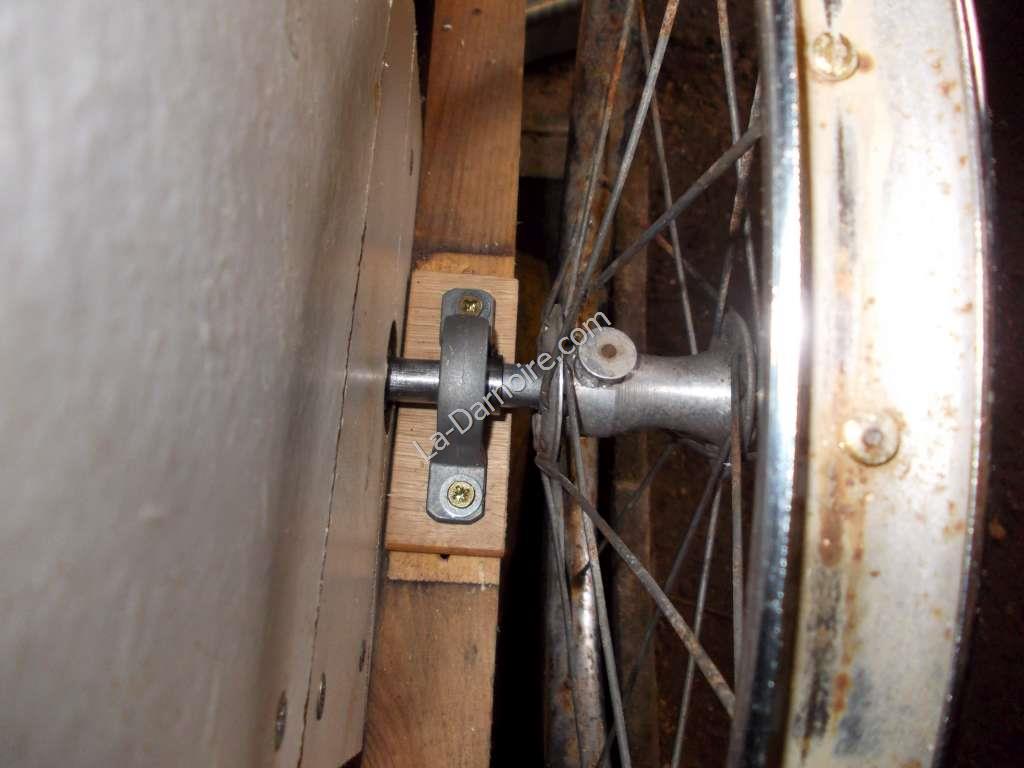 The final improvement was the creation of a feed tube. Scratter Version One was fed by lifting the lid and dropping handfuls of apples into the hopper. This resulted in bits of apple flying everywhere. And you couldn't simply fill the hopper, close the lid, and switch on; because the scratter drum jammed. It had to be rotating first. By using a 110mm diameter PVC 90 ° elbow, this problem has now been resolved. 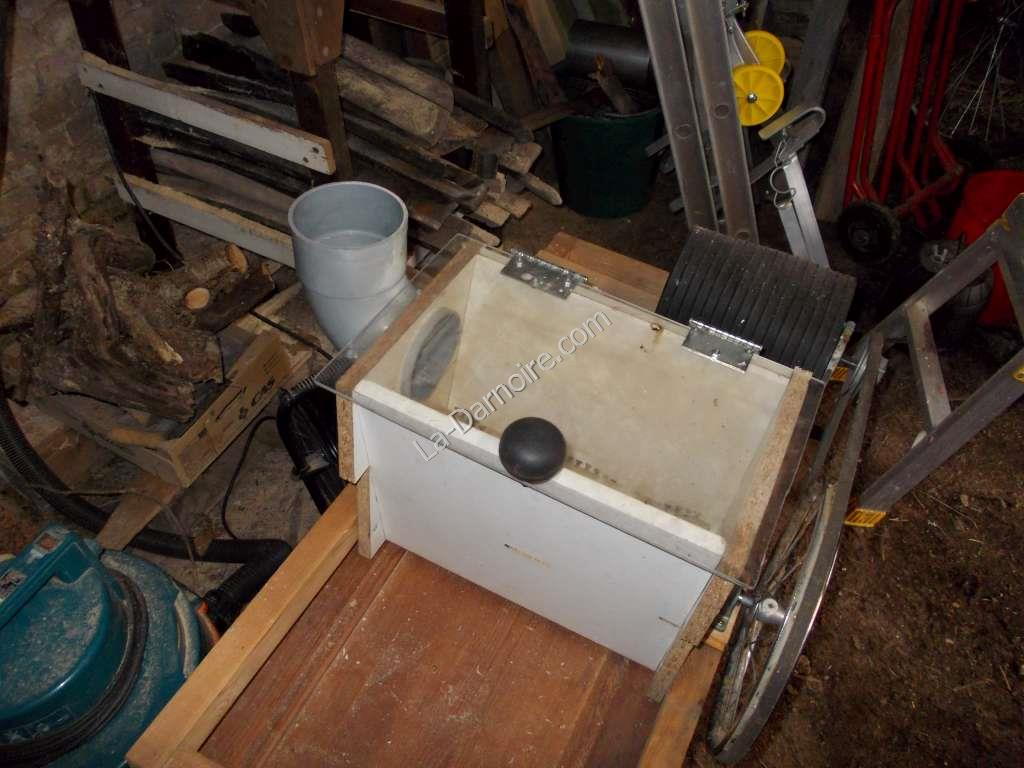 With the apples converted into pulp, the juice can now be extracted by using a cider press.