Our heating requirements were simple. We needed to warm the house in winter, have hot water, and have some means of cooking.

When we arrived, we took stock of what was already here. The heating and cooking arrangements consisted of a dilapidated kitchen range, an electric oven (broken) with a hob running on bottled gas, and a tiny woodburner in the other room (which fell apart when we moved it). As there is a lot of woodland on the property, it made sense to me to use this renewable resource for fuel as much as possible; after all, harvesting trees is also an important part of woodland management.
Cooking on the wood-fuelled kitchen range was already possible, and this could also be used initially for heating water in large saucepans. We also prefer using gas for cooking rather than an electric hob, because the temperature control is much more precise.

When I considered a more permanent method of heating water, I decided the best option was to get a boiler stove which would be situated directly below a thermal store, heated by thermosyphoning.

We encountered extreme puzzlement from people we spoke to after we arrived when the discussion turned to how we would be heating water.
Every person we spoke to said "But why would you want to use wood for hot water? That's what electricity is for!"

Well, not only would we like to be as independant as possible from the national grid (with solar panels for electricity generation a future plan), but by using as little electricity as possible, our energy bills will be correspondingly small. Yes, France has electricity in abundance due to its nuclear power stations, but that doesn't mean the electricity is the cheapest option in the long run. Actually, at time of writing, there had just been an announcement that electricity prices in France are due to rise by 30% over the next five years!

So wood fuel it will be.

In order to cut the lengths of wood to the right size, I constructed a sawhorse using some lengths of oak from an old horse-cart. It certainly makes cutting the logs a lot easier! 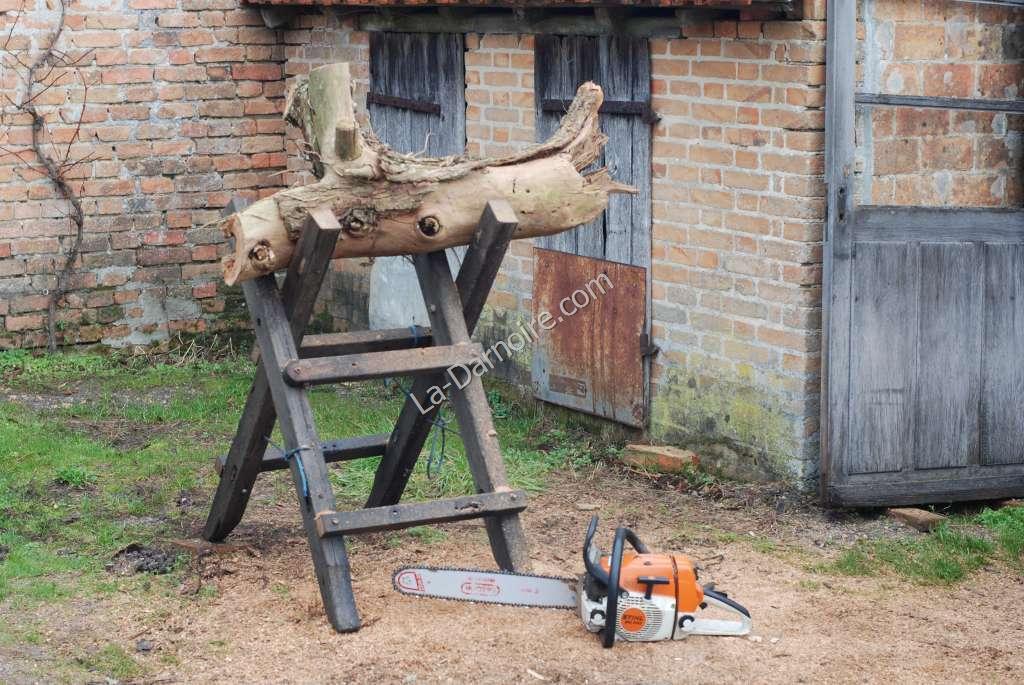 Preferably, firewood needs to be thoroughly dry before it can be used as fuel. More details are available on the Seasoning Firewood page.

You also need somewhere to keep it whilst it dries. Wooden pallets are a very useful construction material! Details of the construction of a wood shed using recycled pallets can be found here: Pallet Wood Shed

Once the wood has been seasoned, it is available for burning in a woodburning stove. Here's a photo of our replacement kitchen stove (the old one was past its best), taken in summer. Obviously the woodburning stove puts out quite a lot of heat, so in summer we tend to use the gas cooker instead. 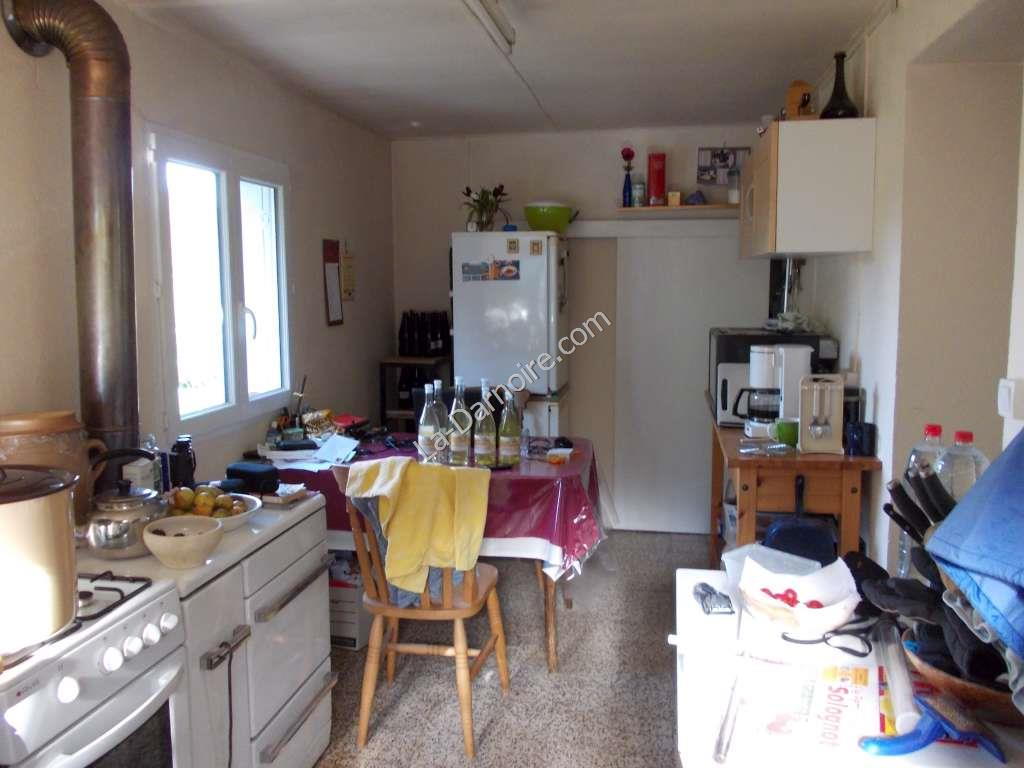 For heating water, we have a Boiler Stove. It's simply a woodburning stove with an integrated water jacket. Again, this is not really for summer use; I will be constructing a solar thermal panel which should provide our hot water needs for the warmer months.

The boiler stove simply heats the water. You need to be able to store this heat for later use. And the simplest (and possibly greenest) way of doing this is by using a thermal store. Here are the details of the thermal store which I constructed from scratch: Thermal Store

And finally, because my workshop is in an outbuilding which can get rather chilly in winter (an understatement) I made my own woodburning stove from an old hot water cylinder. Photos of this construction can be found on the DIY Woodburning Stove page.