Getting the garden started was one of our first priorities. However, as we arrived in late spring (end of March) we had left it a bit late for that year.

One of the first things I did was obtain a soil test kit. I had intended to open a small trench to get a view of the type of soil we had, but this was never done. Just as well - when the borehole was dug I had a first-hand view of what is under the surface. There's about 60 cm of black sandy soil, and then you hit clay. At 5 metres there's a layer of gravel, followed by more clay which goes to at least 49 metres (that's the depth of the borehole and the ground water level).

Where was I? Oh, yes, the soil test kit. I bought one of these: 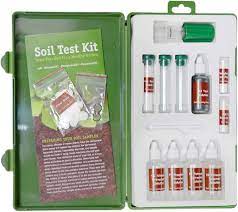 It was a bit fiddly to use but I'm glad I bought it. We found that due to the aged FIL's mania for superphosphates, the phosphate level was, unsurprisingly, extremely high. Nitrogen was very low, as was the potassium level. The soil is very slightly acidic which is absolutely fine for vegetable growing. In order to increase the nitrogen and potassium levels we are gradually digging in a load of rabbit droppings (there's several tons of the stuff at the other farmhouse as the late MIL used to keep rabbits).

Also, once we have our dry toilet installed, the separated urine will be diluted with rainwater and used as well. This sounds rather bizarre, but before you recoil in horror I recommend that you read the following book: Liquid Gold: The Lore and Logic of Using Urine to Grow Plants.

The area set out for the garden consists of two plots, each about 12 metres wide and 20 metres long. The ground is fairly flat although there is a very slight slope down to the pond (which contains carp and gudgeon). At the east side of the garden we have an old pear tree, and a peach tree. We've planted three further peach trees, a cherry tree, and two blueberry bushes here. On the north side of the garden, next to the house, we have another peach tree, and we've planted two raspberry bushes, a blackcurrant bush and a redcurrant.

I must admit I didn't have much time to get busy in the garden, as I concentrated on other jobs (for example setting up the rainwater recovery system) so LSS rose to the challenge.

And challenge it was. Because of the extremely poor weather, the rows of potatoes ended up with blight (not to mention Colorado beetles), and this spread to the tomatoes as well. As we're trying to be as organic as possible, we didn't want to spray everything with insecticides (especially as I intend keeping bees in the not-too-distant future) but we did find a rather nifty organic product. It's a bacterium called Bacillus thuringiensis. It comes in powder form in a small cardboard box. Available from most good garden centres, it's not cheap, but a little goes a long way - and once you've sprayed your plants with this stuff the bacterium remains in the vicinity for the following years too. It certainly did the trick on the cabbage-leaf caterpillars and Colorado beetle larvae. If you want the gory details (heh, heh!) the pests eat the bacterium with their leafy dinners, whereupon it multiplies in their little stomachs and causes them to explode.

As for the blight, LSS has sprayed everything with a copper sulphate solution, but I'm afraid it was probably too little, too late. Not helped of course by the fact that as soon as everything was sprayed bright blue, it rained heavily, washing it all off again. I think we may need to build a polytunnel - yet another item to go on the "To Do" list.

The peas, beans, carrots, turnips and beetroot are all doing fine though.

The peas and beans are serving a dual purpose here; not only do they provide food, but they are nitrogen-fixing plants, so this will enrich the soil for next year's potatoes (yes we will be doing crop rotation).

As an aid to preventing pests, marigold flowers were planted in between the rows of potatoes, and in between the tomato plants. I honestly don't think they made any difference to the pests, although the bees now seem to be enjoying the flowers.

My contribution towards this side of the house was to set up my bonsai display unit between the garden and the pond. It was made using a recycled roof beam, an old telephone pole, and the top of an old oak barrel. Anyway, enough text; I'm sure you'd like to see some pictures! 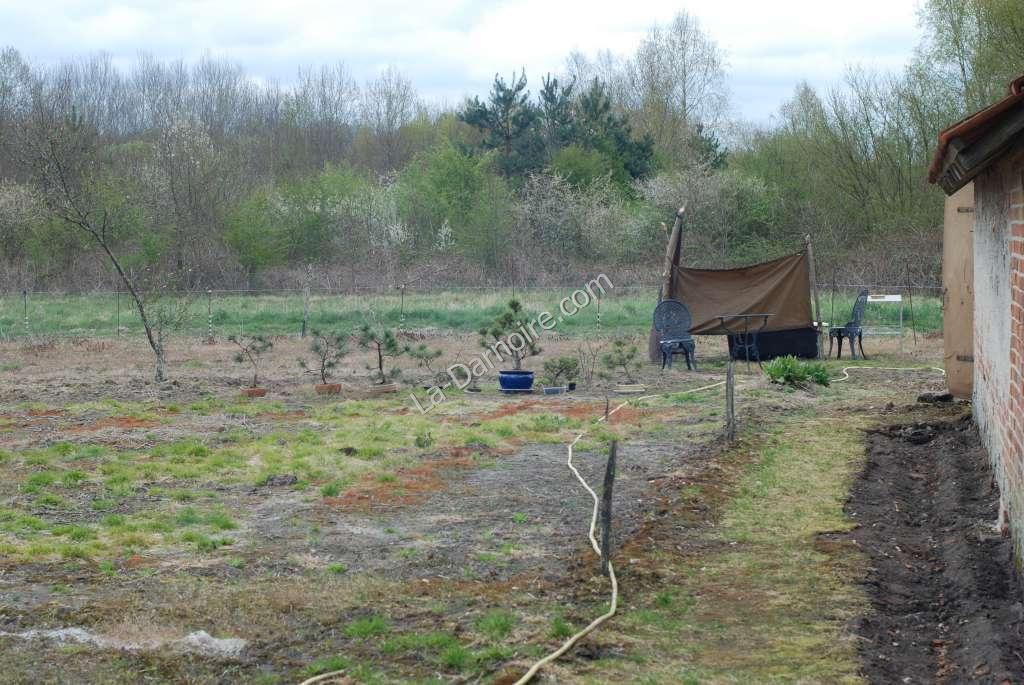 This is the eastern side of the garden before we did anything. The bonsai trees were just on the ground at this point. 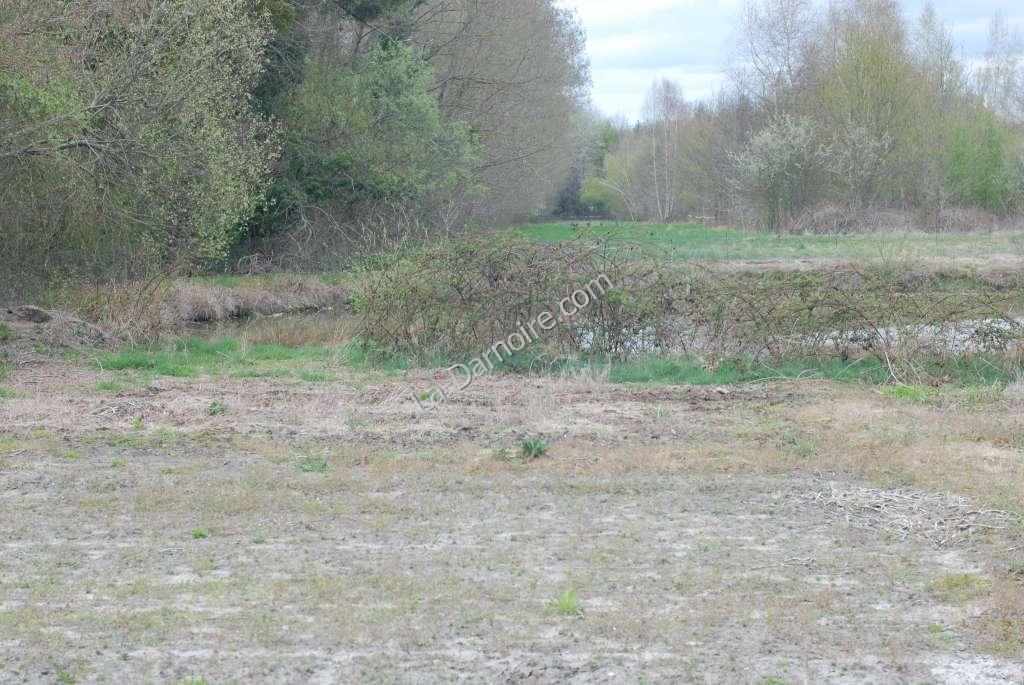 Looking over the garden to the pond. Those are deer in the background (they are kept out of the garden by a fence). The brambles in the foreground made a rather good bonfire later. 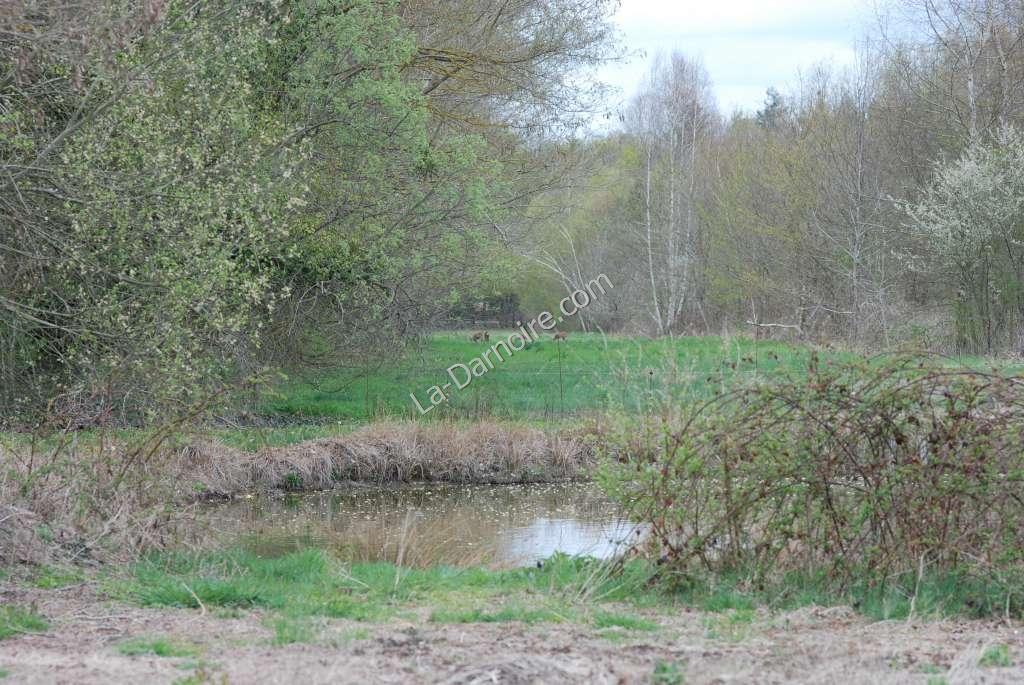 A closer view of the deer (there were 5). 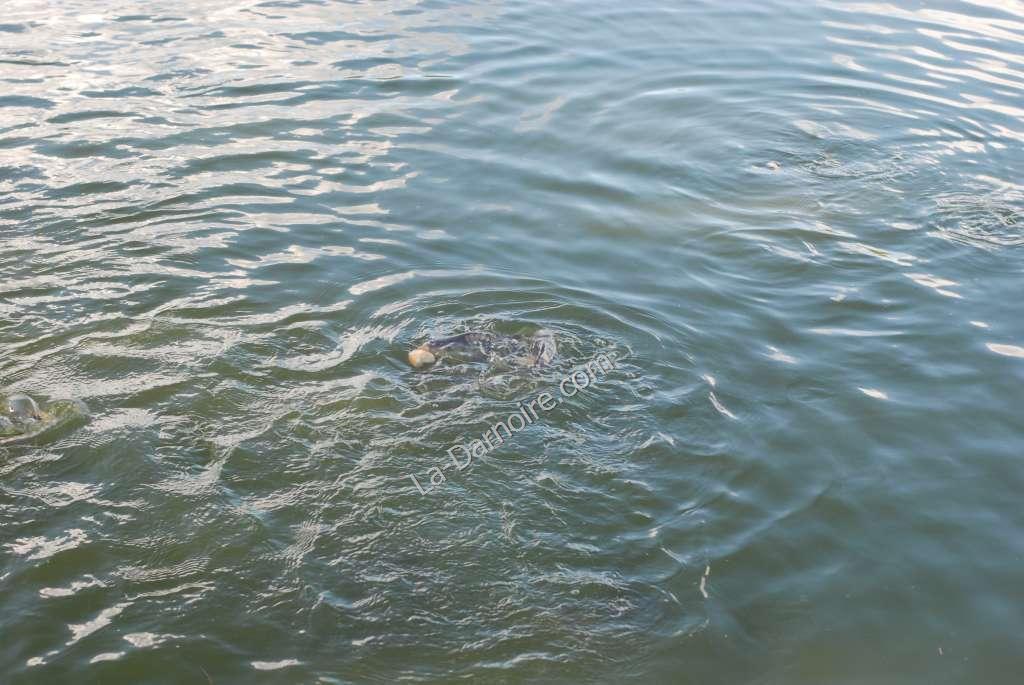 One of the carp, attracted by a piece of bread. 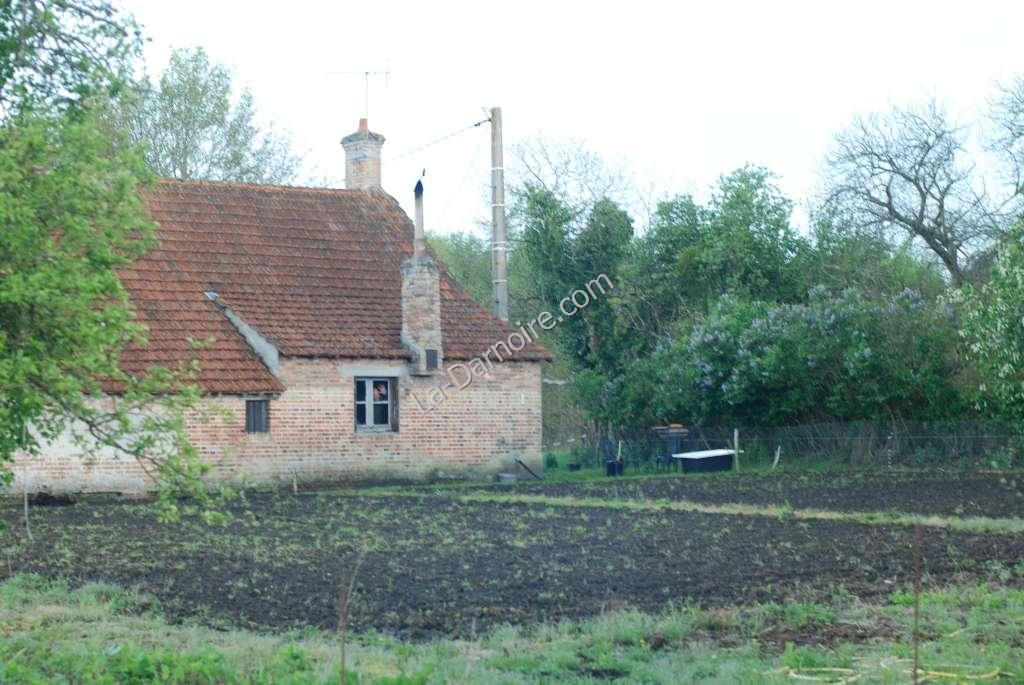 The garden has been turned over with the rotavator ready for planting. The ghostly figure in the kitchen window is the author. 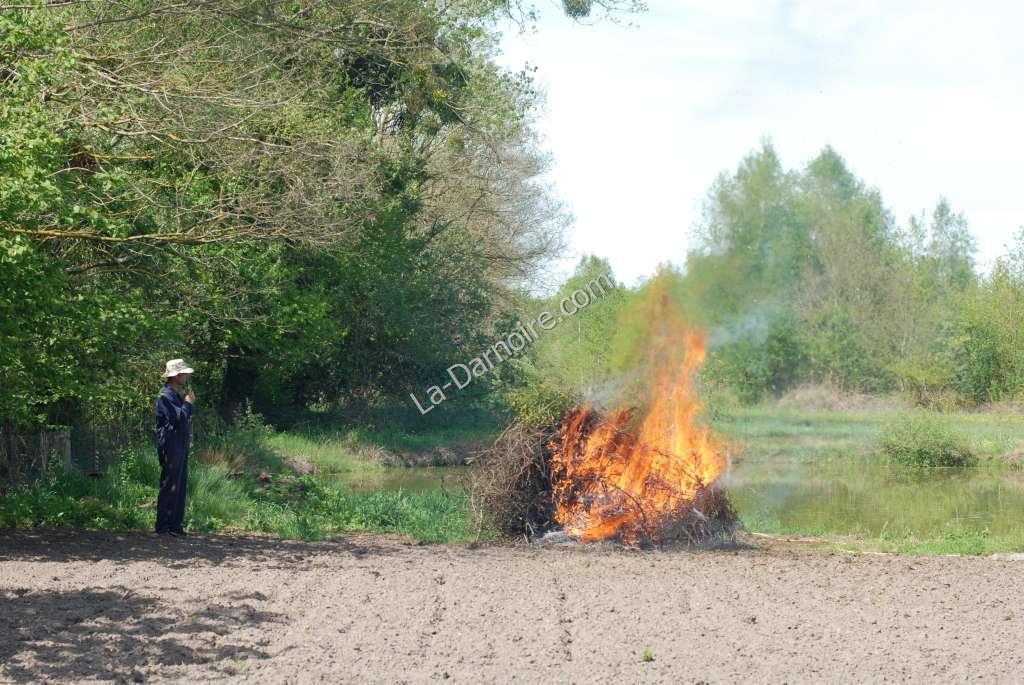 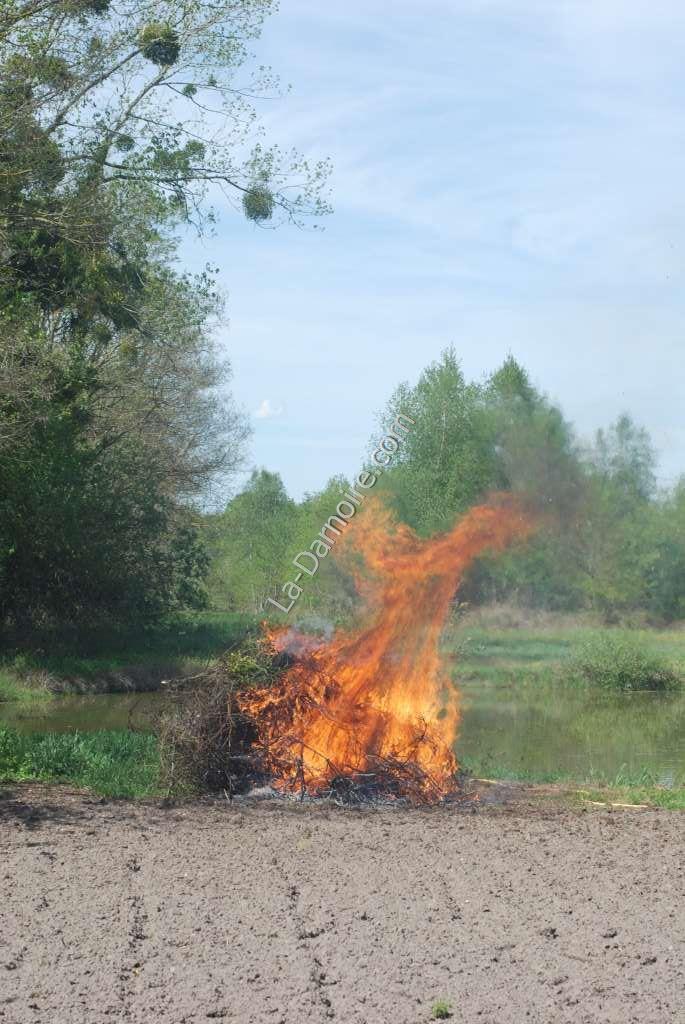 Revenge on the brambles. The weather was finally dry enough to get the bonfire lit. 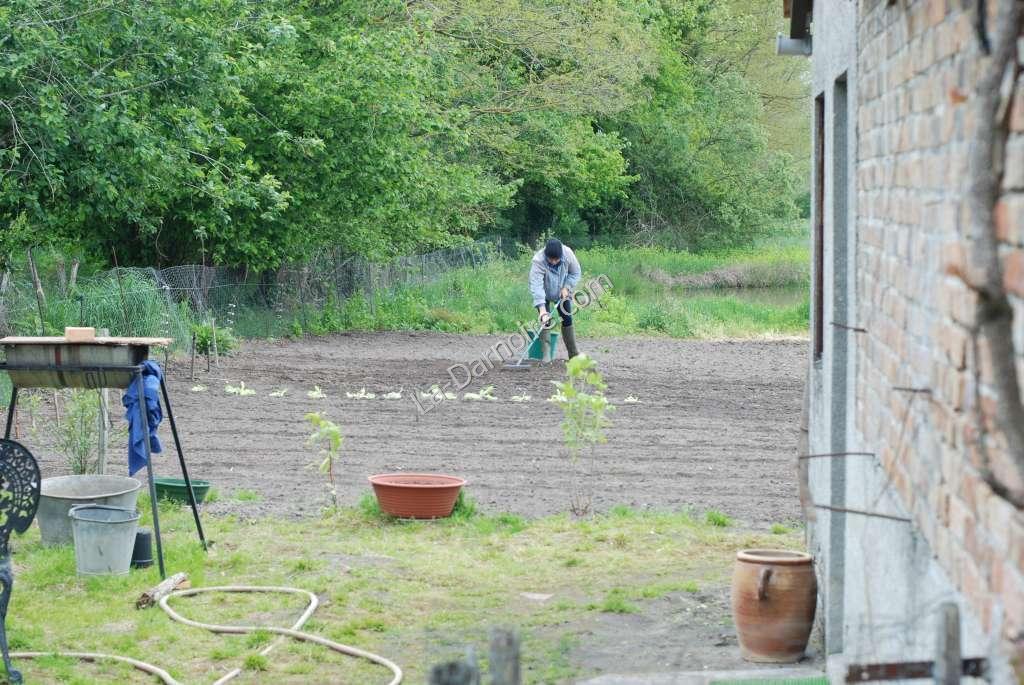 LSS working on the garden 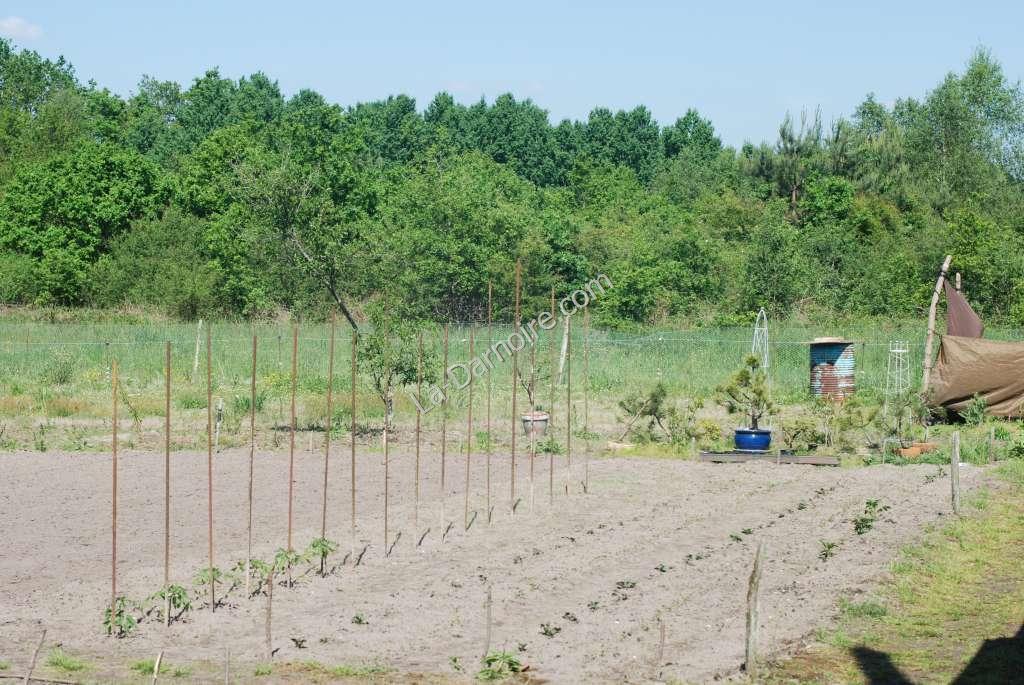 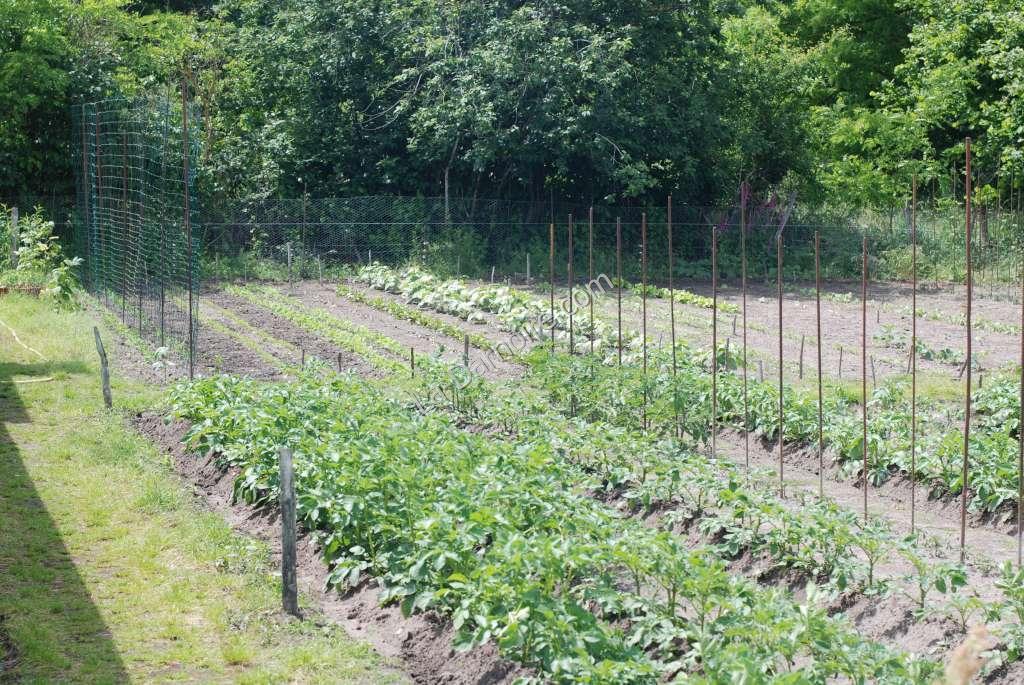 We put up some old plastic-covered wire mesh for the peas. It was originally used by the aged FIL to close off the entrance to the property. The metal rods for the tomatoes were chiselled out of some reinforced concrete pillars by the aged FIL. Well, I suppose it's recycling in a way. I'm not sure if I would have taken that much trouble personally! 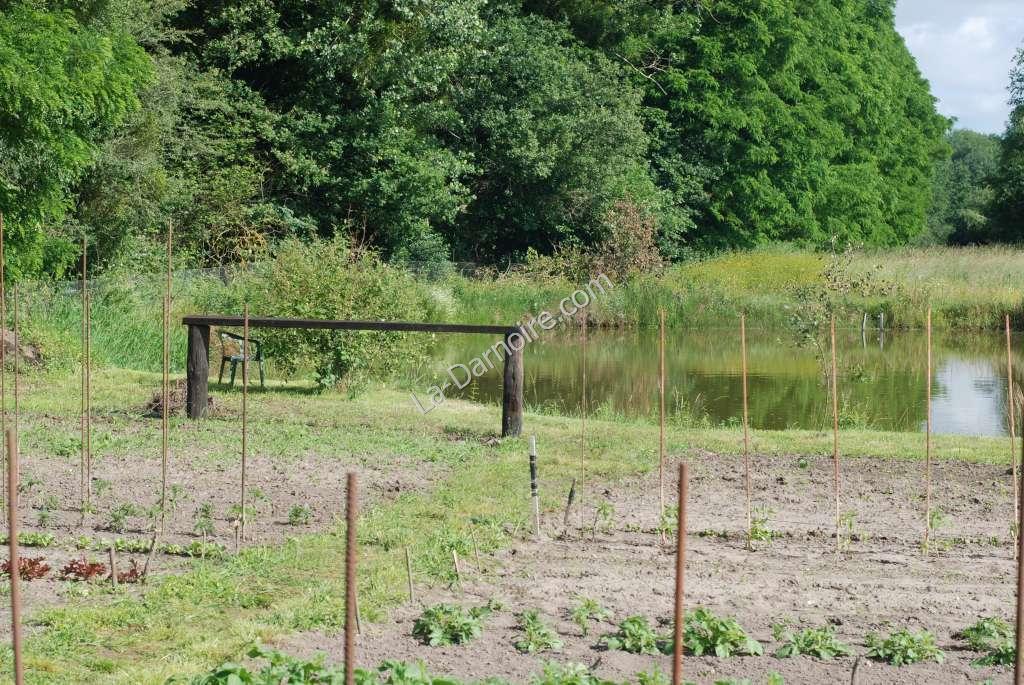 The display structure I constructed for the bonsai. 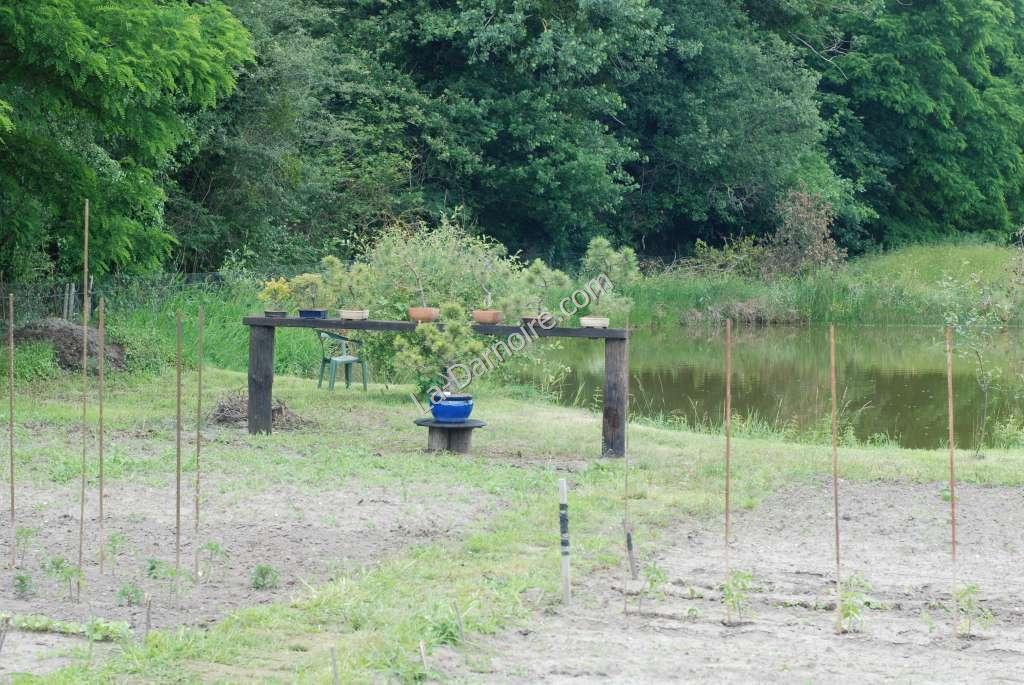 The pine trees were grown from seed; they were about 12 years old when this photo was taken. Update, 2014:Unfortunately all but two have since died; they were moved indoors during the winter as a protection from the frost, but I think it was too warm for them. 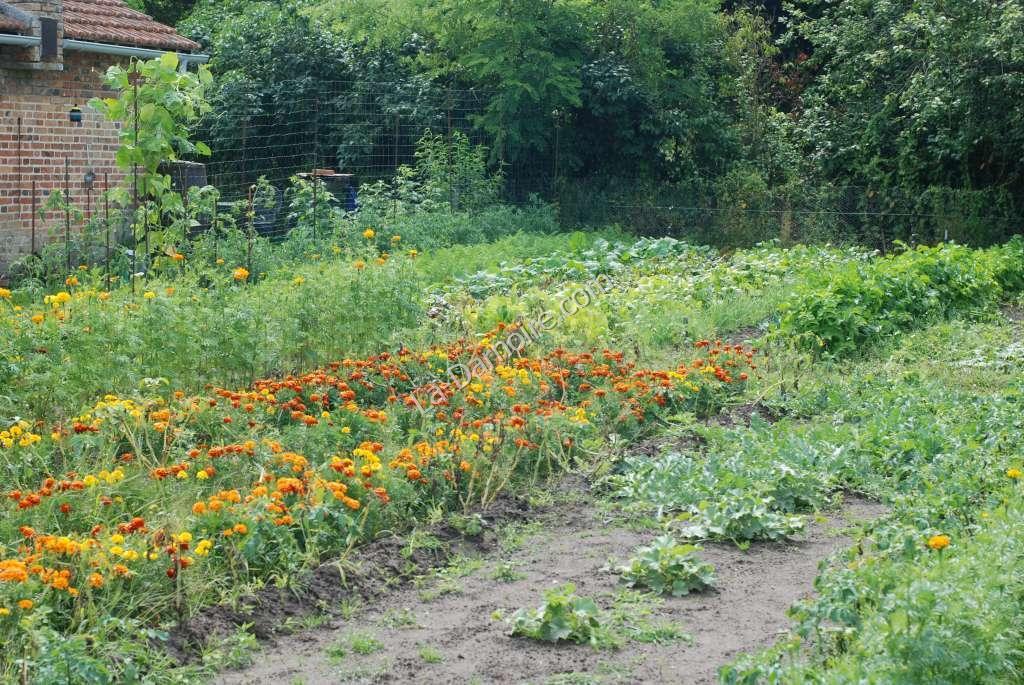 And finally, in this photo you can see the rows of marigolds planted between the vegetable rows. They seem to be thriving, unlike the vegetables!