I don't know if you've seen the BBC's television series, "Victorian Farm"? Without the convenience of running water in the home, the Victorian way of bathing was with a manually-filled tub next to the fireplace. Well, as the weather turned colder, we followed this Victorian way of life by simply carrying the bathtub into the kitchen. The only place we could put it was, fortuitously, next to the woodstove.

We were still using the original domestic water supply from the well at this point. Not for drinking, mind you - we were filling 2-litre bottles from the kitchen tap at the other farmhouse (which is on the village water supply). The well water was heated on top of the woodstove using a large saucepan. Note the steam rising from the bath (and the colour of the water!): 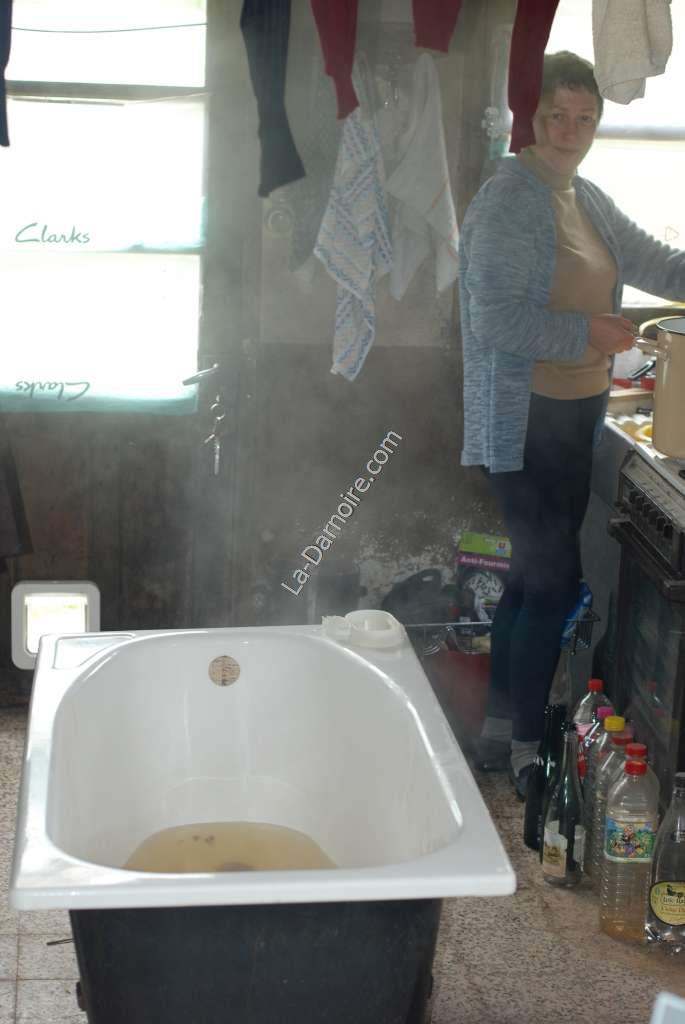 After use, we carry it outside into the front garden. When the water has cooled down, the bathtub is emptied by using a bucket. This is necessary because we didn't have a bathplug of the correct size, so LSS blocked the plughole by carving down a large cork and hammering it into place. One has to be careful not to actually dislodge it whilst bathing, but it keeps the water in!

When not in use, the bathtub remains in the front garden, as a source of amusement for the neighbours and occasional visitors.

Things have improved since the installation of the borehole, and of course the thermal store. We now have clean running hot and cold water on tap, so we no longer need to use the kitchen range to heat the bathwater in saucepans. When I installed the kitchen water supply pipes, I made provision for an under-sink connector on the hot-water pipe. I connected an old washing machine supply hose to it, with a tap. Not only is it useful for filling the bath, but it comes in handy for filling buckets. Also note the new door, window, sink, and kitchen countertop housing a dishwasher! 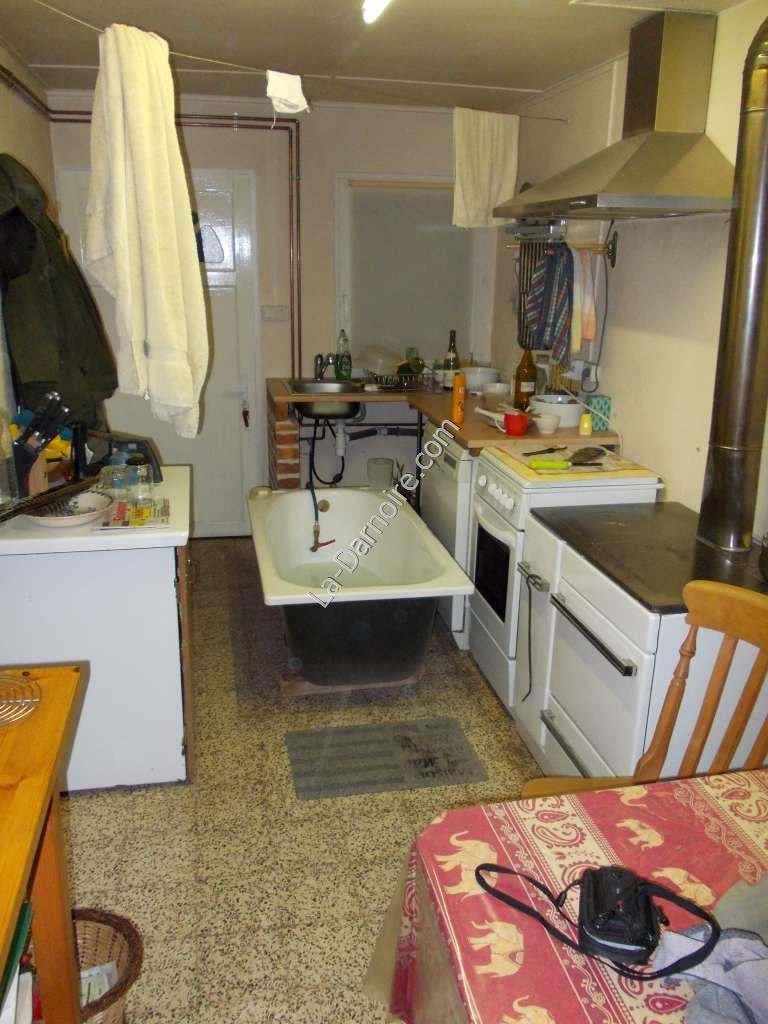 A year later, we had easier access to the barn via an internal corridor. A proper floor had been installed, and the construction of a permanent bathroom started.